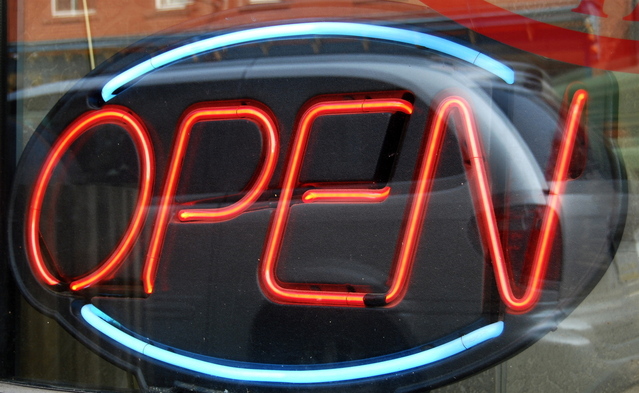 Below follows the valuation for the Canadian companies in the Consumer Discretionary sector:

CCA is fairly valued, trading at its 5-year blended P/E: CGX used to be an income trust, so I like to calculate valuation by both earnings and cash flow / funds from operations. It looks fairly valued to me. Earnings are estimated to grow nicely for both short and long term: The numbers also add up if we valuate according to cash flow / funds from operations: CJR.B is very undervalued and this company carries more risk than other investments, because many in the market is challenging its business model, which I somewhat agree with. However, I like how they have been focusing on the core / profitable segments only, and selling the troubled ones – like they did recently by selling their Pay TV to Bell. There’s also speculation that the Shaw family might acquire them. Earnings are estimated to decline this year, next year and on the following year – so not promissing at all. However, dividends are sustainable considering the cash flow, they have some strategies in place to generate growth again, like their most recent deal with Disney, and they are trading well below their intrinsic value: CTC.A is fairly valued, with earnings estimated to grow this year and next year: Originally posted on January 25th, 2016
DOL is still overvalued. See how price follows earnings. That’s why is paramount to purchase a business at or below its intrinsic value. DOL has enjoying an earnings growth rate of 19.8% since the beginning. Earnings are estimated to continue growing at a similar rate, therefore I consider the stock fairly valued when trading around its blended P/E of 20. The current P/E 25 is too rich, and therefore, estimated ROR isn’t great if one purchases it today: Being a growth stock, DOL has a good record of meeting or exceeding analysts estimates. But like any growth stock, it’s just a matter of time to slow down, and at the first results miss, DOL, like any other growth stock that slows down, will be penalized. Hence it becomes more important to buy at proper valuation.

LNR is very undervalued. This stock always traded at a discount, so a P/E of 11.7 could be considered fairly valued as per its historical pattern. The price is disconnected from their strong fundamentals, presenting a great opportunity, specially considering that earnings are estimated to grow by 19% this year: MTY is fairly valued, but earnings growth is estimated to slow down in the short term. Therefore, I will use the P/E 15 for fair valuation, which represents an earnings yield of 6.66, in line to the estimated earnings growth for the next few years, suggesting a fair price of $24.75: Estimates show that there’s room for the stock price to retreat. Although it’s covered by just some analysts, MTY has a good track record of meeting or exceeding analysts expectations, as one can see on the bottom-right score card thumbnail: Being at the Restaurants sub-sector, it can get very cyclical. But MTY shows a long term of delivering earnings growth, and paying and increasing dividends more recently: QSR is tricky to evaluate with FAST Graphs, because there’s very little data available since Restaurant Brands were formed when Tim Hortons was acquired by Burger King. The blended earnings line isn’t reliable, because of such short period: However, earnings growth rate is estimated at decent 20%, with earnings estimated at $1.52 this year and growing almost 14% to $1.73 next year. On such cases where I can’t have a long term graph data to rely on, I ploted my own fundamental graphs (on portfolio123), to calculate the intrinsic value. First, we can see there’s a discrepancy between share fair value and the stock price, indicating that it’s indeed overvalued. However, depending how much growth is expected, such premium might be justified and not necessairly indicate a bad overvaluation. So first I verify the Enterprise multiple rate by dividing Enterprise Value by EBITDA (Earnings Before Interest, Taxes, Depreciation and Amortization). The latest multiple, using TTM (trail 12-month) values, shows a 15.8 rate. To have an idea how it operates within the range of competitors (now that it has been acquired by a larger player), I compare this rate from QSR with similar restaurant franchises within the same market cap and lower market cap, to potentially identify efficiency gaps. The same multiple compared to other restaurant franchises shows an average of 12, and the few restaurants with a higher multiple like QSR are overvalued (like DPZ or SBUX). This multiple shows consistency regarding fairly valued stocks and lower multiple values with CMG, DNKN, YUM and PNRA). So it indicates that QSR is trading at a premium compared to its industry, although this multiple has been in steady decline, which is positive. Earnings are estimated to grow around 13% ($1.5 this year and $1.7 next year), while long term growth by Capital IQ is estimated at 20%. There are 4 analysts covering long term estimates (3 to 5 year EPS grow), the average EPS growth for long term is 17.5%, with the lowest being a 10% long term growth and the highest being a 25% long term growth. The fact that these numbers have been revised up in the last weeks and considerably higher in the last 2 years are optimistic as well. However, I will use a more conservative scenario, I’ll plot a 17.5% growth from the current share fair value of $32.2, which will give us a fair value of $37.84. I’ve placed an order for 75 shares at $37.84. Next results will be reported in 3 weeks, so price will be adjusted accordingly if they exceed current estimates.

SJR.B is fairly valued and going through a lot of changes. Earnings are estimated to be flat this year and decline next year. However, it is estimated to have a moderate long term growth, and I believe that the recent Wind acquisition will make them stronger to compete in their core areas that they are trying to focus on. TRI is fairly valued today, and considering their earnings estimates, one might say it’s actually undervalued: I’ve placed an order to buy at 1% higher than today’s close to enhance my chances of getting it tomorrow, so 50 shares at $51.68.