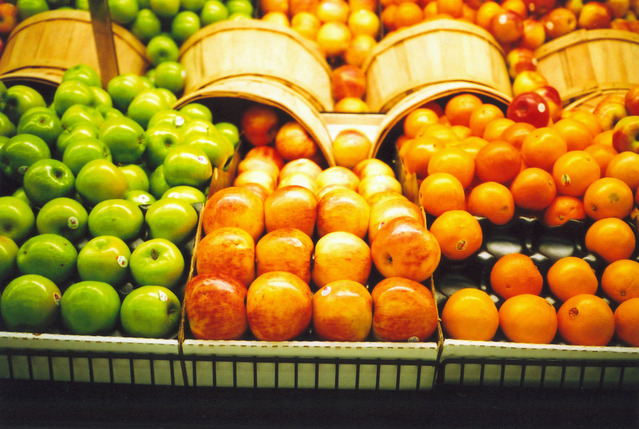 Below follows the valuation for the Canadian companies in the Consumer Staples sector:

ATD.B is fairly valued. They have had massive growth lately, trading currently at a P/E of 21.5: I believe this P/E is justified, provided that this company`s earnings are estimated to continue to grow around 20% per year: EMP.A is fairly valued, even though earnings are estimated to drop this year and start recovering next year: HLF is very undervalued, with sentiment being very negative towards the weak dollar and recent weak sales. However, they have a few strategies being implemented, and time will tell how successful they get implemented: This is a small-cap with little coverage, so it’s harder to research. Management has demonstrated ability to continue growing earnings and dividends in the past, so I trust them to continue managing it well, even though this company has a poor scorecard from analysts estimates (inconsistent). They have been through other challenging periods, and always managed to come out stronger, so I believe the current price presents a good opportunity: Below it continues the valuation for the Canadian companies in the Consumer Staple sector:

MRU is overvalued. Looking at different periods, it`s easy to spot how price is trading unjustifiably at an earnings rate higher than its hitorical range: I like to plot at 5-year time frame, including estimated earnings, which gives a good visibility into a business cycle. Notice how the historical P/E has
been trading at a higher range in the last 5 years, fueled by a higher growth. However, price seems too high – a P/E of 19.8 implies an earnings growth rate
of 19.8, which is not the estimate for this year nor next year: MRU is a great company, but it can only be a great investment if one buys it at a fair valuation. I’ve placed a buy order at $35.55 (P/E 15 assuming that
this year estimated earnings materializes at $2.37), and I’ll adjust it accordingly in future months.

PJC.A is a bit overvalued. Historical P/E is higher than the average fair P/E for the market (15) due to the fact that the stock traded at a higher premium,
without justification in my opinion. Earnings are estimated to be practically flat this year and next year, which certainly doesn’t warrant it to trade at a
premium: I think a P/E of 15 is closer to fair valuation, given that price has always touched back at this P/E once growth slows down – which is the estimated case
now: I’ve placed a buy order at $17.7 (P/E of 15 assuming that estimated earnings of $1.18 will materialize), and I’ll adjust it accordingly in future months.

SAP is overvalued, trading at a P/E much higher than its estimated growth: I will consider fair valuation its premium historical P/E = 20.2, so assuming that earnings next year will materialize to $1.81, it would be fairly valued at

$36.64. I’ve placed a buy order at this amount, and I’ll adjust it accordingly in future months.